WHAT IT’S LIKE TO GO HELI-SKIING IN NEW ZEALAND

Helicopter skiing is one of the ultimate snow sport experiences. Just imagine: you, a helicopter, a deserted mountain, and untracked powder snow. Throw in some blue sky and things don’t get much better.

As you make your first turns in the powder, all those hours of lateral bench jumps and squats at the local gym finally pay off. The turns in the fluffy snow have you feeling as though you’re floating on air and on a good day the white stuff comes up over your knees and leaves a plume where you’ve been, like a jet plane’s vapour trail. 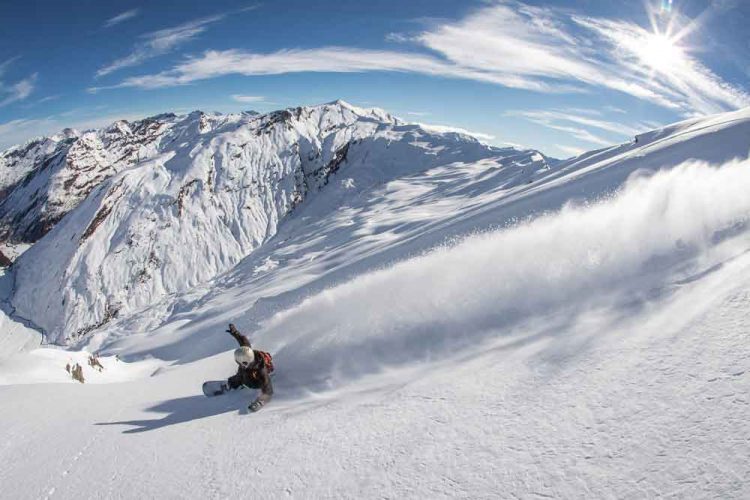 North America is the epicentre of global heli-skiing, but fortunately for Australians it is also available on our doorstep, high in the New Zealand Alps. Several heli-ski companies operate there, key among them are Southern Lakes Heli Ski, Harris Mountains Heli Ski, and Methven Heli Ski.

The experience with each is similar, so it’s not so much a case of finding the superior company, but booking with the outfit that is most convenient to where you are staying. Southern Lakes operates out of Queenstown and Wanaka; Harris Mountains out of Queenstown, Wanaka and Mount Cook; and Methven Heli Ski out of Methven. 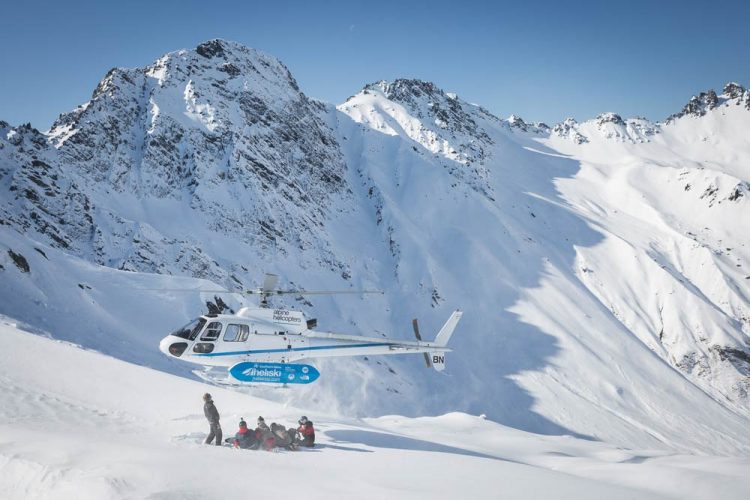 The Kiwi heli-ski experience is typically a daylong activity, with four to eight runs and a pleasant picnic lunch of sandwiches, wraps and hot drinks in the mountains. After you ski each run (when we say ‘ski’, we also include our snowboard cousins), the chopper picks you up and takes you to another slope, or another mountain, where there’s more untracked snow. And you won’t see another soul outside of your own group.

For the privilege, there won’t be much change out of $1000 NZD for a four-run day, so you’ll need to save up. And there’s a bit of danger involved, so it’s not just a case of jumping into the chopper and blasting off. Safety briefings are given, usually in a paddock in a valley where the first helicopter pick-up will occur. 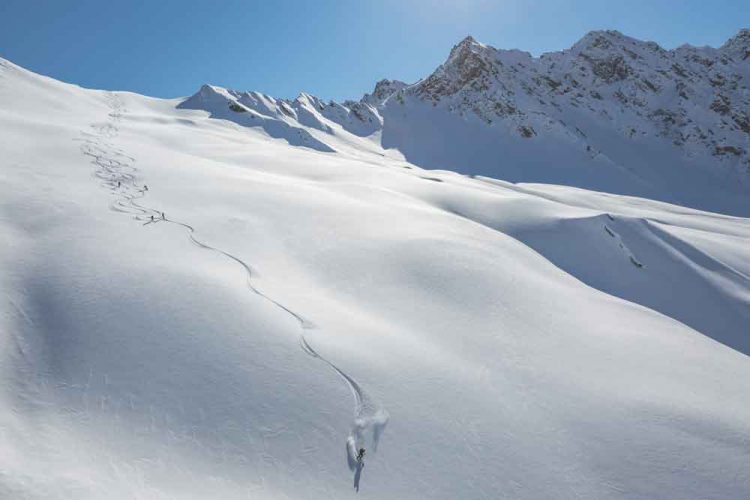 In front of some bemused sheep, you’ll be told about safety around the chopper, such as never to walk to the rear of the machine where rotors are spinning so fast that you can’t see them. And, of course, the big “A” word is addressed.

Avalanches can pose a threat in heli terrain, so skiers are issued with avalanche transceivers and given basic training on their use. The transceivers are worn on the upper body and emit a signal that rescuers can pinpoint in the unlikely event of a slide.

Despite the thorough briefing, one thing the heli companies don’t warn you about is the likelihood of Type A personalities being on board. You’ll recognise them immediately as being highly competitive, aggressive and ego driven. If you’re not careful they’ll irritate the skis off you. 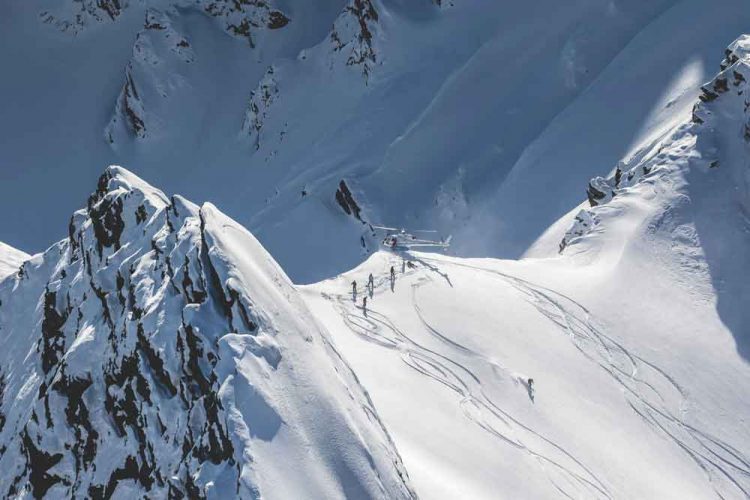 The heli companies say that intermediate skiers are fine to partake, but for a more enjoyable day some off-piste or powder skiing experience will help. Some confidence will carry you a long way in this sport, as well as knowing powder technique of rhythmic and round turns, and even weight on skis so they turn simultaneously – don’t lean back.

Oh and you don’t jump out of the helicopters like James Bond… landings are carefully orchestrated with skiers stepping out onto the snow and then forming a tight huddle, with heads down, to shelter from the downdraught and swirling snow created by the chopper. It’s like being in a blizzard.

The guide unloads all the gear and the helicopter takes off, leaving just you, the silence of the mountains and the potential for the best skiing day of your life.

Robert Upe is an award-winning travel writer with a passion for skiing. He has co-authored two ski guidebooks and has skied at more than 50 resorts around the world.

5 CANADIAN LODGES YOU SHOULD VISIT ASAP

THE 9 BEST EXERCISES TO HELP YOU SURVIVE A LONG FLIGHT

WHERE TO SNORKEL AND DIVE IN FIJI

OUR PICK OF THE BEST FITNESS HOTSPOTS IN BALI

AN ADVENTURE JUNKIE’S GUIDE TO SAMOA