Surrounded by the strip joints of Kings Cross, and right next door to the infamous Porky’s, isn’t where you’d expect one of Sydney’s newest and fastest-growing boxing gyms, but that’s where you’ll find it.

“Everybody grab a rope,” shouts out coach Ben Savva. One by one, people make their way to the corner of the boxing ring where skipping ropes hang from a post. For five minutes we practise double unders, criss-cross patterns, high knees, squats with cross-overs – anything to make skipping less tedious.

This is how every fight class starts at Boxing Works. These one-hour classes are run by Ben, a professional boxer and coach of a successful amateur team, mostly comprising of female fighters. If you’re a girl who wants to give competitive boxing a go, this is the place to do it. 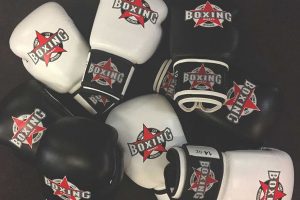 In front of the mirror, we throw punches, weave and slip the strikes of our imaginary opponent. Ben shouts out different things to focus on: lead hand only (punching only with your left if you’re right-handed, right if you’re left-handed), fast punches (as it sounds), and sometimes even no hands (just footwork).

We’re then told to put on our gloves on, mouthguard in, and partner up. There’s quite a varied level of skill in the room, from people who have had 20-plus fights to those who are sparring for the first time.

“Today, we’re going to practise catching and countering,” Ben says as he demonstrates the drill. “Keep the power down!”

A few rounds of practising later, we put our head guards on to do four two-minute rounds of sparring. Sparring is supposed to be a less intense version of fighting (unless you’re preparing for an upcoming bout), although it’s easy to get carried away.

But the class doesn’t end there! Four more rounds hitting the punch bags and five minutes of ab work later, we’re collapsed on the floor and finally done. If you like leaving your workouts red-faced and drenched in sweat, and are keen to take your love of boxing fitness classes to the next level, make sure you drop by. Don’t be scared, everyone is really friendly. Promise.

Want to read about more fitness class reviews? Check out our ‘WHERE TO SWEAT section. While you’re here why don’t you sign up to our newsletter and be the first to receive gym and class discounts, access to exclusive workouts, competitions and a whole lot of fitness information for living a healthy life in Sydney!

Lizza Gebilagin is a health and fitness journalist based in Sydney whose words have appeared in body+soul, Cleo and Women’s Fitness. She’s also an amateur boxer and the 2016 State Novice Titles runner-up. Visit www.lizzagebilagin.com for more information.

5 SCENIC SYDNEY WALKS TO TAKE YOUR POOCH ON

WHAT IT FEELS LIKE TO TRAIN AT AN ALTITUDE GYM

INSIDER TIPS FOR A CROSSFIT BEGINNER

A FITNESS-LOVER’S GUIDE TO ADELAIDE FOR YOUR NEXT WEEKENDER

THE THREE BEST SWEAT-FEST TREKS ON THE NORTH SHORE

A FITNESS GUIDE TO THE SUNSHINE COAST

THE PERFECT ‘RETURN TO RECESS’ WORKOUT FOR KIDULTS