BARRY’S BOOTCAMP IS COMING TO SYDNEY!

Loved by celebrities like Michelle Obama, David Beckham and Jessica Biel (not to mention Kim K and sometimes even Kanye), Barry’s Bootcamp is FINALLY coming to Sydney!

Their first location in Surry Hills is opening on the 15th September, with Martin Place and other locations coming soon, and the fitness community here is excited (to say the least).

Backed by the Fitness and Lifestyle Group (FLG), experts in all things fitness and operations, Aussie Heston Russell and American Blake Bridges are leading the charge when it comes to the launch.

“We’re very much in the fitness community but we’re not trying to be competitors with all these other fitness offerings [Sydney has],” explains Heston, Head of Operations. “We want to be partners with the community here. We want you to do Barry’s three times a week, add in yoga class, add in a walk outside, run up Coogee’s stairs. Whatever you want to do, as long as you’re staying active and mixing it up.”

However, you may not want to workout anywhere else once you’ve done a class. It’s highly addictive.

Expect an intense and extremely effective workout in their famous ‘Red Room’, split into two sections: the treadmill or floor work. No matter where you start, you’ll switch over and get both a strength and cardio hit. 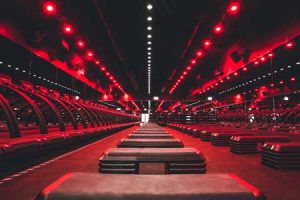 “People fall in love with a certain treadmill, floor spot or even mirror spot,’ explains Heston. “Members set their alarms and when the class goes live, they log on and sign up for that particular spot because if they don’t get that spot they won’t want to go to class!”

What also makes it effective is that Barry’s workouts are broken up throughout the week into body parts. So depending on the day, you could be focusing on your arms, legs, abs or bum. That way, Heston says, you can come more often and know you’re not going to ‘overwork your body’.

So does it really get you fit, fast? According to Heston, the answer is a definite yes.

“When [Barry’s co-founder and head trainer] Blake and I were dating long distance, pretty much all of 2016, I would fly over to LA for probably two to two and a half weeks at a time, and I physically saw the changes even though I was at the military at the time,” he explains. “I ran some of my best fitness test runs after nailing Barry’s three, four, five times a week on holiday.”

Heston says he’d call his US trips his ‘fitness holidays’ because he’d go to Barry’s, sometimes taking the classes Blake was instructing, and get back in shape for the military. THE MILITARY. 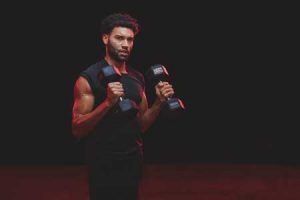 Now two years later, the ridiculously fit couple (see proof here and here) have moved to Sydney and are just about to launch their own Barry’s Bootcamp.

“We’re really excited,” says Heston. “There are 42 Barry’s studios worldwide and none have closed in twenty years of them being open. That’s a pretty good record!”

Also on offer will be the Refuel bar, where you can order your bespoke smoothie to be ready when the workout finishes, plus showers, complimentary towels, lockers, hair care, and grooming products.

Want more stories like this one? Check out our WORKOUT REVIEWS section. While you’re here, why not sign up to our newsletter and be the first to receive gym and class discounts, access to exclusive workouts, competitions and a whole lot of fitness information for living a healthy life in Sydney!

Lucy is a writer with a passion for fitness and adventure travel. She was editor of Women’s Fitness, Cleo and Dolly magazines and has written for high-profile websites on health, fitness and travel. She lived in Bolivia working as a journalist, as well as Argentina, where she founded an English-language newspaper with a fellow journalist. Her workouts of choice are yoga, Pilates and spin, and walking her dog, Luca, who she is obsessed with.

INTRODUCING THE BOYS OF YOGA…

THE 30-DAY CHALLENGE EVERYONE IS TALKING ABOUT

THE ZONE – DISCOVER YOUR INNER WARRIOR

SYDNEY HOTELS WITH GYMS FOR YOUR NEXT ‘STAYCATION’

SPIN IS MAKING A COMEBACK! HERE ARE SEVEN SYDNEY CLASSES YOU SHOULD TRY